When we first met the Prospa team in 2015, we knew they were special. When we invested in early 2017, we wrote at the top of our Investment Paper: ‘This is one of the most impressive teams we have seen in this market – ever’.

It is with absolute certainty that we say this remains as true today as it was then. Greg and Beau are one of the most impressive teams we have met, ever.

As we celebrate their IPO milestone, we’d like to share a little about what makes them so special.

As always, it starts with the founders. Over the past few years, we have seen the extraordinary resilience and grace with which Greg and Beau have built their business.

Many, many examples spring to mind, but these are some of our favourites:

From the very beginning, for Greg and Beau, Prospa was personal - as small business owners themselves they understood the requirements and challenges faced. This experience underpins the founding of Prospa in 2012.

Prospa set out with the mission to forever change the slow, cumbersome traditional finance systems by reimagining what it means to grow and run a small business -and pay for the goods and services to do it.

In just seven years, Prospa has helped more than 19,000 Australian and New Zealand small businesses with over $1 billion in funding. They’re delivering a customer experience at scale that is faster, friendlier and more accessible than traditional options.

Extraordinarily, the contribution of Prospa’s lending to nominal Australian GDP since 2013 is now estimated to be more than $4 billion, supporting almost 57,000 jobs for tradies, hospitality workers, hairdressers, seahorse farmers and accountants.

It’s no wonder that Prospa’s customers are some of the happiest we’ve ever come across.

The gratitude is visible in thousands of 5 star of reviews (not to mention repeat usage...). Prospa is so often the invisible magic behind our everyday interactions - supporting your neighbourhood coffee shop, or a friend’s small business - giving small business owners the confidence to seize opportunities and execute upon their vision. Enablement is such a powerful growth driver, and as a nation of small business owners, we’re lucky we have Greg and Beau.

So to the entire Prospa team: Thank you. To Greg and Beau: Thank you for your partnership, for being visionary leaders, and, most of all, for allowing us to be part of your journey. 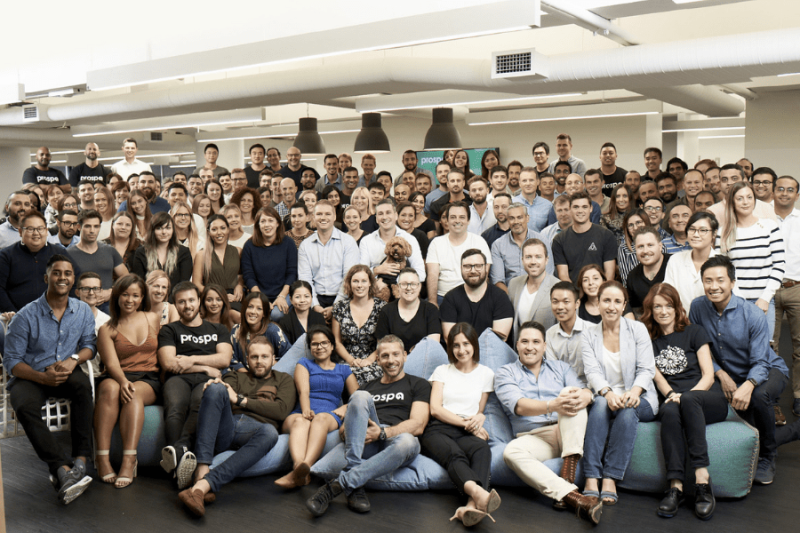 As an aside, technology IPOs in Australia are still rare - leading from the front, thrashing a path to IPO for the companies that are yet to be conceived is an immeasurable contribution to the whole technology ecosystem - may there be many more!