Every now and then you meet founders who completely change the way you think, after which it is impossible to think again the way you used to. We love it when this happens – they are moments of sheer insight. This is exactly what happened to us after we met Zach and Harry from Neuron.

We started the year scratching our heads and saying, “I don’t get this e-scooter stuff” and are ending it by closing our Series A investment in Neuron Mobility. 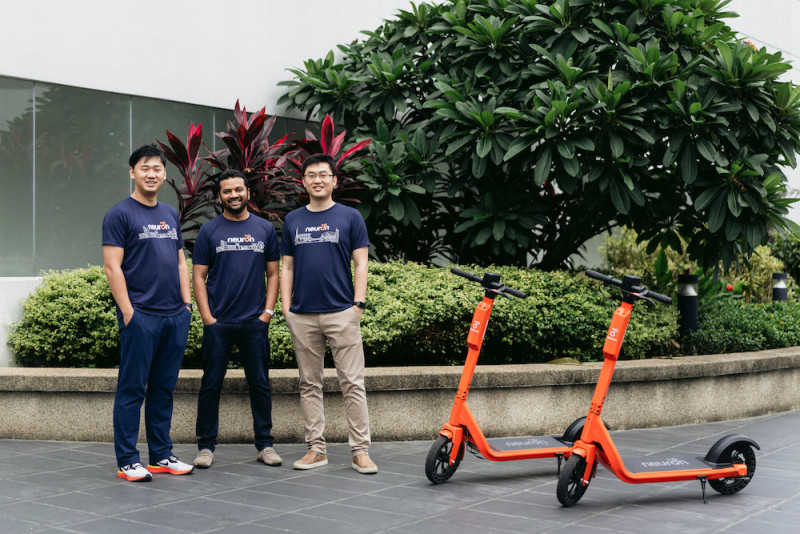 A team with a vision

Neuron is the brainchild of co-founders Zach and Harry.

Zach, Neuron’s CEO, has a long-standing passion for sustainability, encompassing smart cities and electric vehicles. In 2007, before it was cool, Zach was building hydrogen fuel cell electric cars, and was mocking up schematics of e-scooters long before Bird and Lime existed. Before Neuron, Zach founded his first company, Rezeca Renewables, the largest residential solar provider in Singapore.

Harry is Neuron’s CTO and is a data scientist who specialises in machine learning and AI. Prior to Neuron, Harry crunched data in R&D, engineering and data analytics roles at the Institute for Infocomm Research and the Advanced Digital Sciences Center in Singapore.

Zach and Harry first met while on the same prestigious Chinese scholarship whose recipients study abroad, and have been close friends ever since.

Their vision is to bring new forms of mobility to better connect urban centres while reducing the carbon footprint of existing modes of transport.

Neuron’s first product is a dockless electric scooter which you can hire from your smartphone and pay-by-the-minute to move from A to B. But this is just the beginning. Short distance mobility (‘micromobility’) is a complex problem to solve, with huge, geographically distributed user bases combined with varying demand patterns through the day. In Asia Pacific, around 40% of passenger trips are less than 4km, yet motor vehicle usage is high, and traffic congestion costs are rising (to as high as 2-5% of GDP).

Micromobility brings communities together by tripling the “walking reach” of a person and providing another way to commute when you don’t want to drive or when walking is impractical. Short micromobility trips tend to be cheaper and often faster than equivalent rideshares, faster than public transit and lower effort than walking or riding a bicycle. 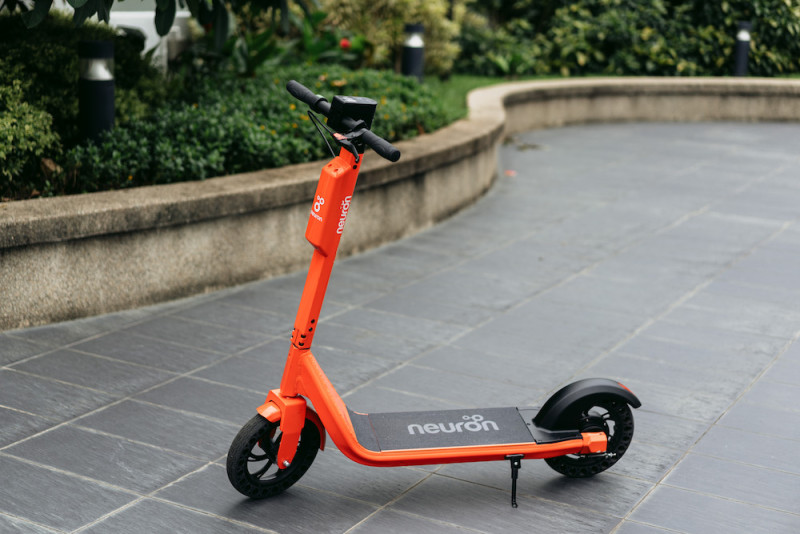 Over the past few years our team has experienced the fun and convenience of riding e-scooters in various locations around the world – In Israel where we invest, e-scooters are commonplace.

However, in many of these cases the cities were overrun with e-scooters given the lack of regulation. It drew comparisons to the recent wave of car and bike sharing, where companies flooded the market with vehicles, or waged war trying to acquire as many passengers as possible.

We also characterised the various e-scooter businesses we saw the same way, until we heard from Zach and Harry. They told us that the right comparable is not other ride-sharing businesses, but rather transportation service operators that work hand in hand with cities to deliver services to citizens: the regulated market thesis.

The thesis is simply that in a regulated market, companies with the best holistic offering encompassing product, price and partnership with local authorities win.

Zach and Harry realised that unlike with car-sharing platforms that are hard to police, and can therefore grow ‘in stealth’, local governments and councils would act more quickly and decisively against more ‘visible’ form factors like bikes and e-scooters. This is exactly what is happening globally, as local authorities act faster to ensure such modes of transport are regulated to optimise the outcomes for all citizens.

Most importantly, though, the Neuron team sees this as a good thing for cities, for citizens, and for itself. Its entire DNA is built around working very closely with cities to bring new mobility solutions to citizens in a safe and sustainable way.

This may sound trivial but is fundamental. The culture of collaboration with cities permeates through Neuron in a way that we didn’t see in any other player that we met in the category. And it counts. The first city globally to award a full permit for e-scooters was…Brisbane! And Neuron won one of two permits awarded against local players and international behemoths. Since then, Neuron has also been awarded permits in several other locations around Australia and New Zealand – in every case winning against bigger and better-funded competitors.

Neuron is a product-driven company that has been innovating on the design of its e-scooters for a long time. And in regulated markets product matters. Local authorities award permits to companies based on the holistic user experience delivered to not only the rider but also to the city overall – aggressive marketing doesn’t win here. Neuron’s vehicles are designed in-house, and its vehicles and apps include valuable features like geo-fencing, integration of low-speed zones, no riding zones, parking guides, and computer vision checks for helmet compliance.

Zach and Harry also internalised that to deliver successfully for cities they would need to run amazing operations. Their scooter has been designed to make operations more efficient (such as via an easier-to-swap-out battery) and make riders safer (via a wider standing base and larger wheels). Harry has built an incredible data stack that also drives operational efficiencies and enables Neuron to work closely with city leadership to optimise and expand its micromobility solutions further.

We hope you soon get to experience Neuron’s amazing products in a location near you.

We are privileged to invest in this round alongside GSR Ventures. Few investors globally understand mobility platforms as well as GSR, which was an early investor in both Didi Chuxing and Ofo. We also look forward to teaming up with existing investors like 500 Startups and Seedplus on the journey.

Put on your helmets. It’s going to be a really fun ride… 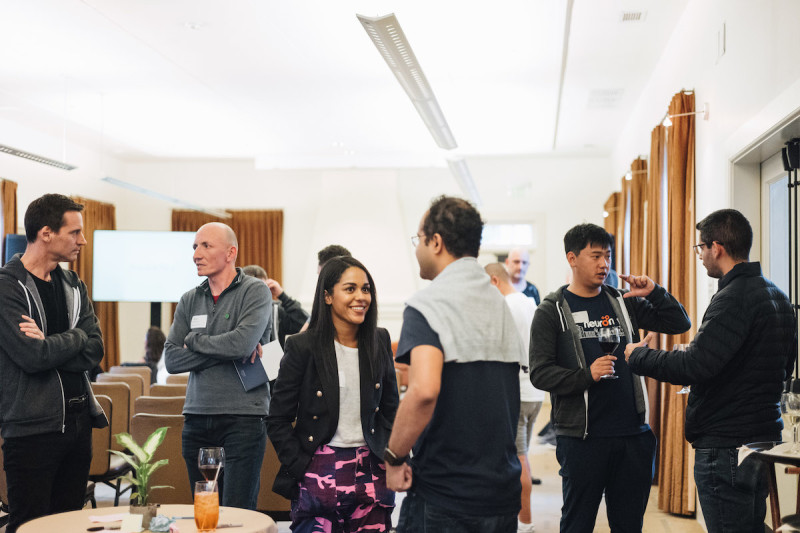 Bonus photo of Zach from Neuron with Itai from ClimaCell, Ashik from Deputy, Manuri from HealthMatch, Jani from PropertyGuru and Ross from WeGo at Square Peg's 2019 Founder Summit in San Francisco. What a picture, what a group!