Why energy management is greater than time management

Energy management can be the difference between massive success and burnout. Learn the skill. 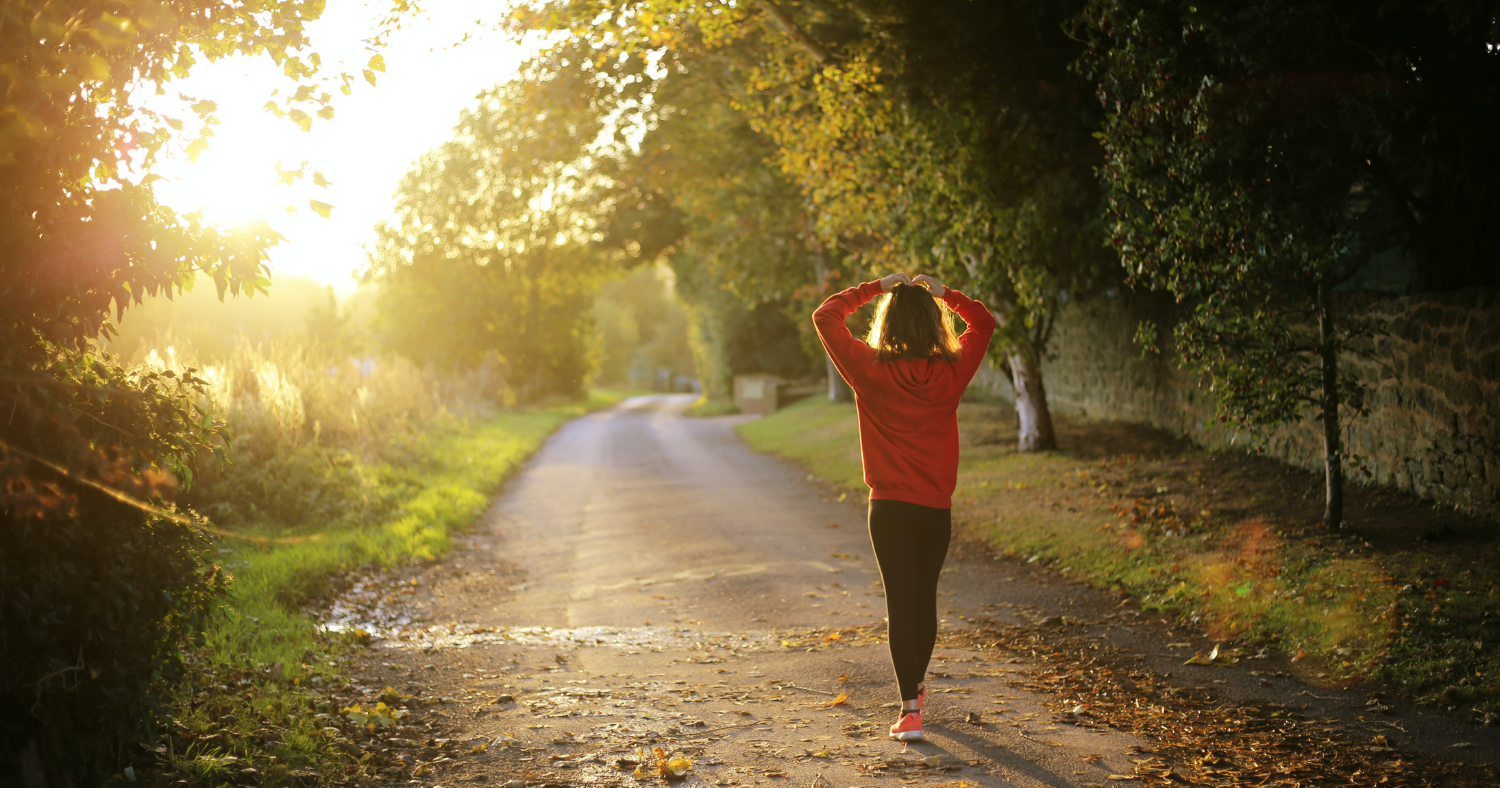 Why energy management is greater than time management

Energy management can be the difference between massive success and burnout. Learn the skill.

Let me tell you a story. Two years ago I was diagnosed with four different autoimmune diseases. I was in constant pain and half my face didn't work. But the biggest problem was the fatigue. I would need to lie down after a walk to the kitchen and forming sentences was a lot of work.

At the time I was CEO of Australia’s leading accelerator, Startmate, and trying very hard to launch the Startmate Fellowship and the Climate Cohort. I might as well have been trying to go to the moon.

In this context, all the time management techniques in the world couldn’t help me. I had to learn some new tools to nurture and grow the small amount of energy I did have.

Now I’m out of the acute phase I’m still using those same tools and they’ve fundamentally changed how I work. What’s more, I’ve noticed they’re incredibly applicable to founders and other mental athletes.

Because when you’re building a startup you’re trying to sprint a marathon. Energy management can be the difference between massive success and burn out.

So here's what I learned, distilled into 5 steps. Warning, some of this gets pretty weird.

1. Understand you have (at least) two brains

One place where neuroscientists, Buddhists and psychologists agree is that we don't just have one unified set of thoughts and feelings. If we did, then dieting, exercising or meditating every day would be as easy as deciding to do it in the first place.

Instead, we have a bundle of different brains that have evolved in layers - from our brainstem and limbic system (home of our fight or flight response) to the cerebral cortex (home of executive function, computation and language). Recent research suggests some brain functions even take place in the gut.

One simple way to make sense of these subsystems is to put into a single bucket all the layers and functions we would find in most mammals - call this the "animal self". Then take the planning, talking and thinking brain we're more familiar with and call it the "executive self."

Of course, you can use whatever names you want. Some people like to distinguish "mind" and "body" but that can lead to trouble. Driven, type-A people can often see the body as a mindless resource to be maximised, exploited or whipped into shape. And for the exercise to work we need to see the other "self" worthy of equal attention, protection, and sometimes deference.

In fact, right now, I want you to google image search the cutest animal you can find and think of that when considering your “animal self.”

Told you it would get a bit weird.

2. Figure out when you’re burning or building energy

One of the great things about separating our brain functions into two buckets is that it becomes obvious that they’ll often want different things.

Inside each of our heads is a buddy comedy featuring an uptight, ambitious, goal-focused executive and a quirky animal.

When the two selves are at odds with each other you’re burning energy. When they’re working in sync, you’re building energy, even when you’re going hard.

Here’s how it works. Imagine a task, project or event you have coming up. Do you think it’s strategically the right thing to do for your company or career? Do you think it will advance an important relationship? Ok great - those answers are coming from the Executive.

Now, how do you feel about the task, project or event? Do you get a sense of excitement and adventure, or is it more like dread? Are you curious and interested or bored or disgusted? Are you secretly hoping it’ll get cancelled or delayed? How do you feel in your body? Light or heavy? Do you feel like you’re grounded or like you’re floating around? These feelings are your animal self putting in a vote.

Ok now take those answers and check out where you stand.

By doing this exercise you’ll quickly notice that you’re landing in either the green zone or the red zone.

If you’re red you’re burning energy. Working in the red zone feels like driving with the brakes on - you’re either trying to suppress some kind of craving that the animal has or you’re forcing it to work when it doesn’t want to.

If you’re green you’re building energy. It feels like running downhill. You’ll notice you’re delivering great work without much effort. You might feel pleasantly tired afterwards but not drained.

Just as in the movies - the two buddies are at their best when they’re working together.

3. Understand what’s putting you in the red zone

We spend a lot of time forcing ourselves through a series of disputes between animal and executive throughout the day. Does any of this sound familiar?

To understand how these disputes can burn energy, imagine you’re someone who works with an animal professionally. Think a farmer with a sheepdog, an equestrian athlete with a horse or a performer with a monkey. Whatever works. Over time you’ve created some techniques to get the day’s work you need out of that animal.

Now imagine the animal isn’t loving a particular task so you let it roam around doing whatever it wants. Then, at the 11th hour, you get a cattle prod and jolt it with ten thousand volts of pure dread to get it to perform.

If we saw someone abusing a dog or horse like that we’d think they were a pretty terrible trainer. But that’s the go-to technique of a lot of us procrastinators out there.

Maybe you’re not a procrastinator. Maybe you’re just sending a continuous stream of smaller jolts to keep your animal working 24/7. Let’s be honest, that’s not great either.

These techniques use brute force to resolve a dispute between the animal and the executive. They rely on your sympathetic nervous system to juice you up with adrenaline to keep your animal brain in line. That’s what burns energy.

If this continues it can lead to a pretty abusive relationship, where the executive is calling all the shots and the animal either gets numb or rebellious or both.

4. Pivot into the green

So what’s the alternative? Learn to be a better trainer.

The best trainers know how to listen to their animals. Over time they build a relationship that allows them to provide the environment and incentives for an animal to do its best work.

This can be difficult but it’s not complex. Here’s how I think about it: Listen, then adapt or incentivise.

Adapt There’s often a reason that the animal isn’t happy. Maybe you’re not focused on the right things. Maybe there’s some danger ahead. Maybe you got pressured into saying yes when you should have said no. Maybe you just need to take 10 seconds and remind yourself why it's important. The good news is you can adapt your plans, reprioritise, change tack and get the animal onboard.

Incentivise But what about those times when you’re certain you’re doing the right thing but your animal is still freaking out? It’s worth remembering at this point that you’re working with an animal - it’s not always going to see the big picture. Sometimes you’ll need to incentivise. This involves taking or scheduling some action that you know puts the animal into a happy, relaxed, state. The incentives themselves can be tiny - a phone call with a friend or walking around the block - the important thing is that the animal side of yourself is heard.

5. Keep it up even when you screw it up

If you’re anything like me you’ve been a terrible trainer for years and your animal has had some rough times. I’m a couple of years in and still constantly falling back into bad training habits that send me spiralling into the red zone.

Luckily the aim isn’t to achieve a particular outcome, it’s to develop a practice of listening in the first place. Doing this often enough will give you a sense of what tends to put you in the red or the green and the best ways to pivot when you need to.

For me, this process not only helped me get better it also triggered a fundamental change in how I work. I noticed I was tackling “scary” problems or conversations earlier with less emotional ramp up. I was spending more time on things I was curious about. Perhaps most importantly I felt more centred and calm which radically improved my ability to listen and connect.

If any of this resonates please share your experience. What tends to nudge you into the red? How do you adapt or incentivise when you need to? I'd love to hear from you, join the conversation on twitter.

And, if you enjoy reading articles like this, I recommend you subscribe to our newsletter, All Signal. All Signal is a weekly dispatch of an original piece of long-form content, the best news, jobs and insights from the team. 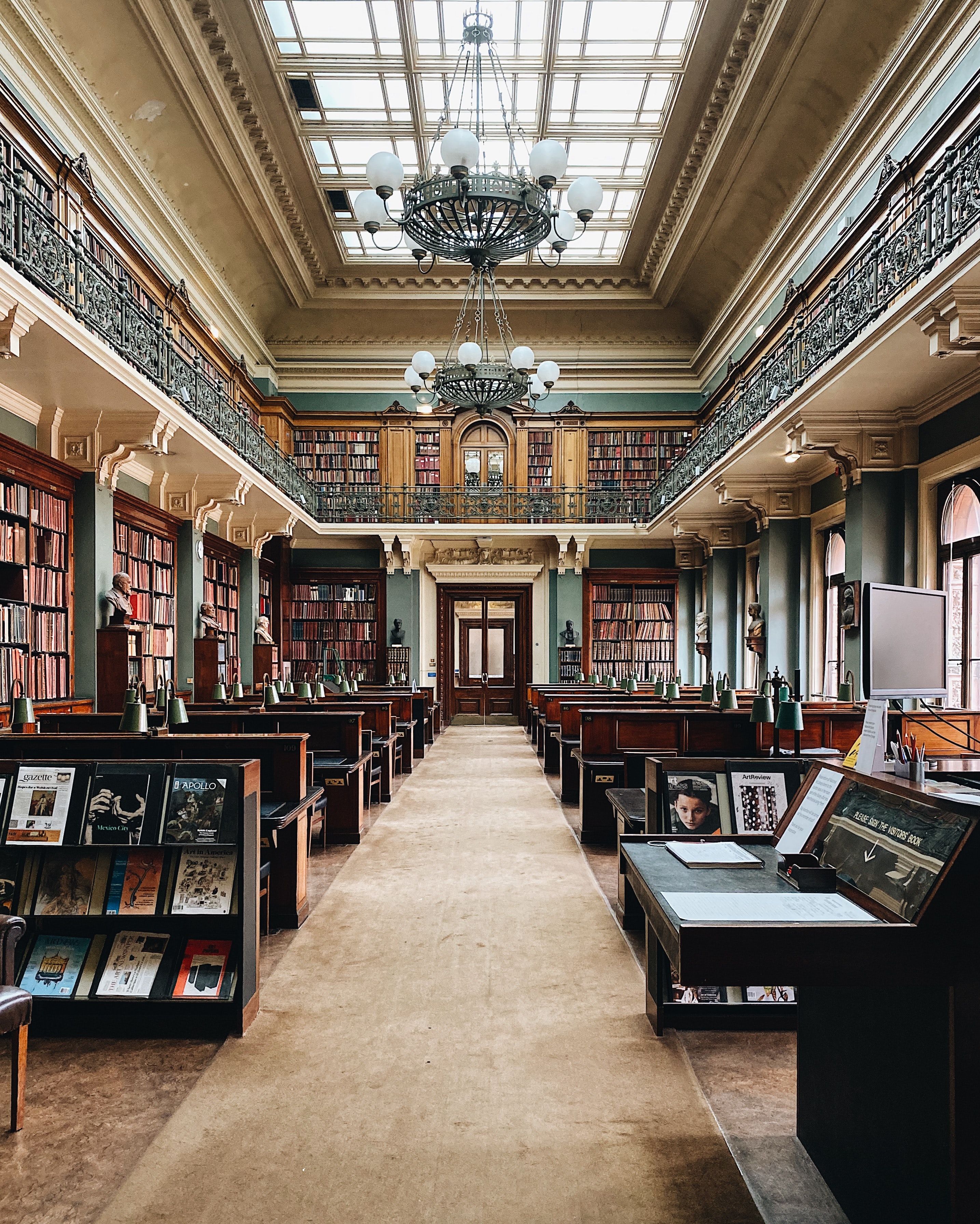 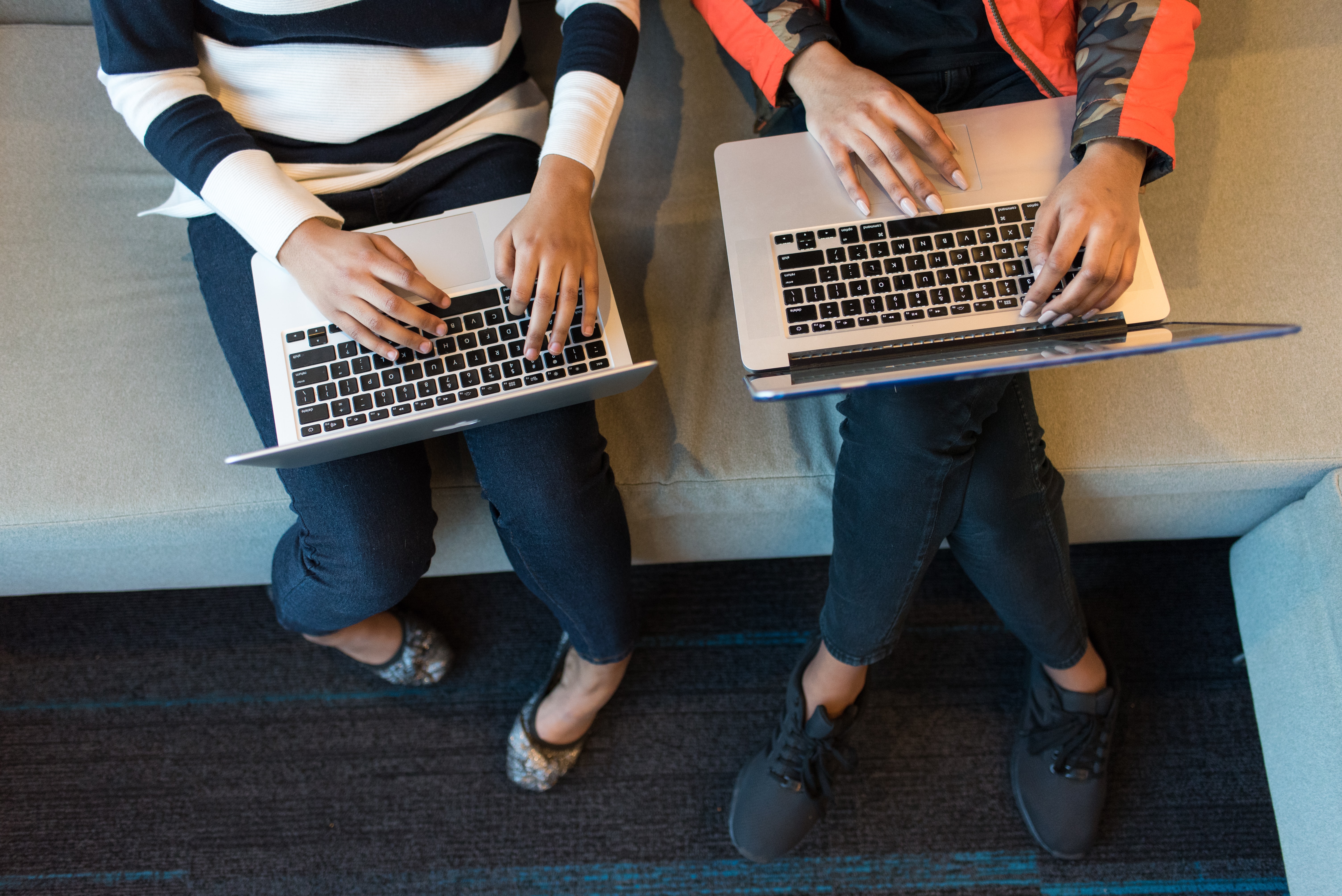 Insights
April 6, 2022
Why VC funding for women has been dismal and what we can do about it

Learn more 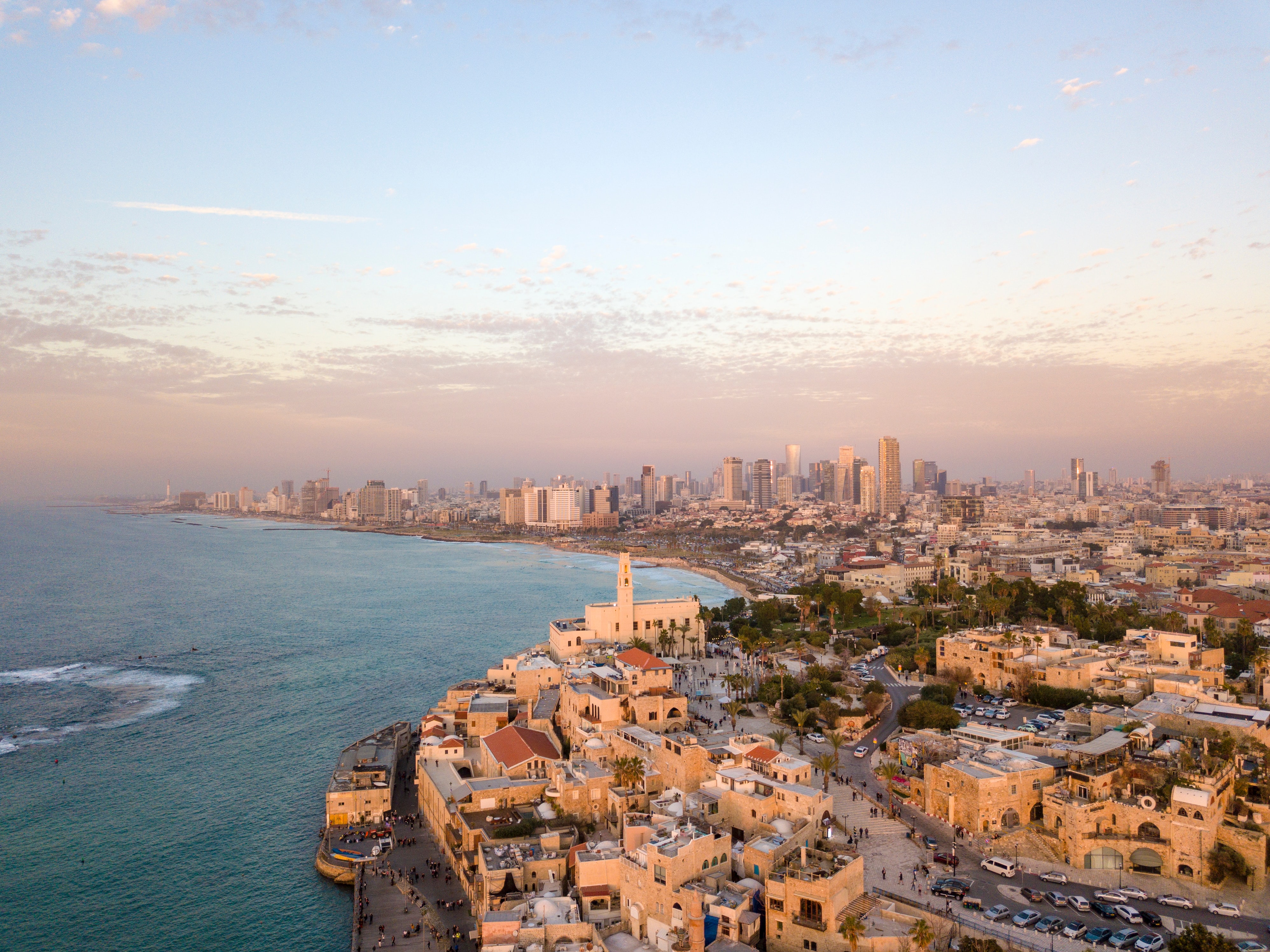