A tectonic shift is occurring in how we make and consume food and the market for meat is changing rapidly as a result. The race is on to leverage new technological approaches to outcompete meat on the two factors that matter most: price and taste. A branding war is also breaking out with battlegrounds in areas like health, climate and ethics.

In this space there is one company that is combining the most ambitious technology with the most audacious vision - and that is Vow.

While most of this emerging industry is focused on replacing existing meat SKUs with like for like alternatives, Vow is growing a library of cells from different animals to create new products we've never tasted before. 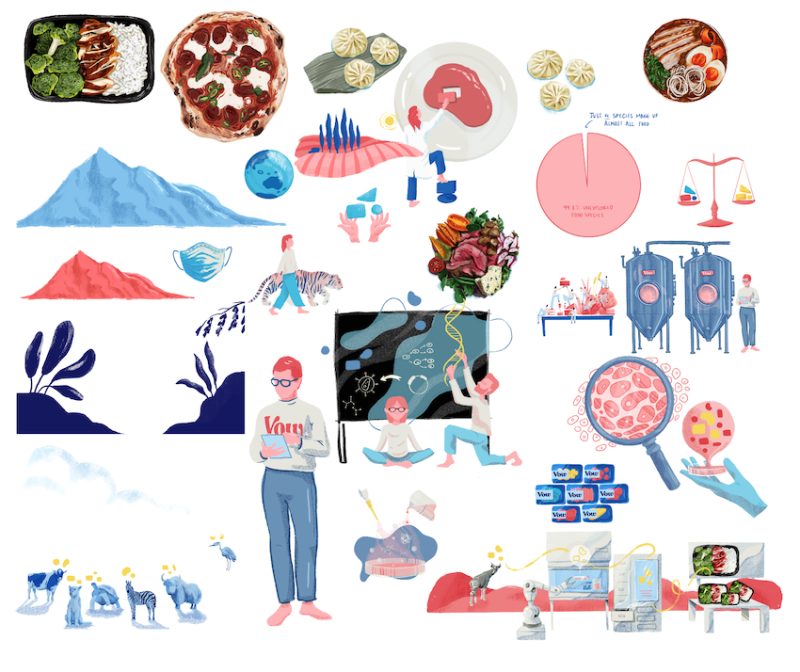 Consumers are increasingly divorcing their protein purchases from the idea of animals. That's hard to see in a world of "pork chops" and "beef mince" because we still use animals as the main heuristic for the type of taste we want. But over time we've gone from a very intimate relationship with the animals we eat to picking up pre-packaged, ready-made, meals in a supermarket.

For a glimpse of the future we can look to cereals. Cereals used to be synonymous with their agricultural ingredients - think "rolled oats" and "wheat flakes". When technology enabled an explosion of other, better, tastes, the cereal aisle became a spectrum of products that now have only a minor relationship with the plants involved.

As new technical approaches have emerged, a similar taste race is breaking out in protein.

1. Plant-based meat is a mixture of plant protein (usually soy or pea) flavoured to cook and taste like meat. Burgers and mince from companies like Beyond, Impossible and V2 are widely available now.

2. Fermentation is the process of using bacteria, algae or fungi to grow desired proteins. It's also relatively mature having been used for products like Quorn that have been on the shelves for years.

3. Vow's chosen process, cell cultivation, is in a much earlier state. This is where you take a biopsy from a real animal, isolate the stem cells, and grow muscle in a bioreactor. It's difficult, expensive, and far less proven than the other two approaches. The first primarily cell cultivation-based product hit the market about a month ago.

The promise of cell cultivation is that it's actually real meat with all of the nutritional, taste and texture benefits that go along with that. At scale it also has the potential to be radically cheaper than any other approach.

One of the most popular questions is "which technology platform will win?" However, it's unlikely that the platforms will stay as divided and monolithic as they are. Instead, we started asking questions like:

This led us to Vow.

Vow's strategy is to create a library of stem cells from a wide range of animals - most of which have never been domesticated. They're creating an automated process to find the cells that grow quickly, taste good, and are healthy. From there they are building the technology to combine those different cells into brand new foods.

The possibilities are enormous ranging from gourmet experiences that have never been possible before (like a Galapagos tortoise burger) to "no compromise" products like a rich, meaty, mince with the nutritional profile of salmon (minus the mercury).

The progress so far has been impressive. The team have created a library of 11 species, built a robotic experimental pipeline that has reduced the cost of their growth media by over 10x, and created the capability to reliably serve up enough meat to support an (invitation only) cook up with Neil Perry. 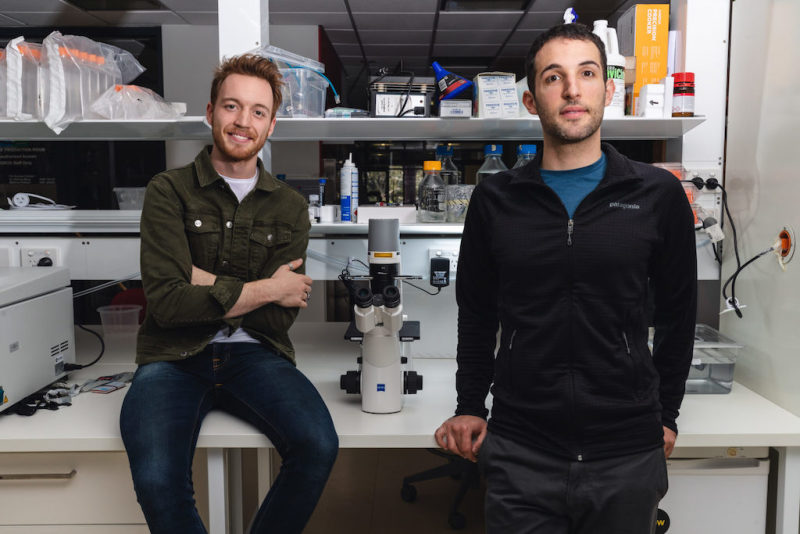 These results come from two unlikely founders. George studied science, trained as a chef then ran a deep tech accelerator. Tim was the global lead for human-centered design at Cochlear. They came together around a passion for creating the future of food and bonded over disagreements as to which technical platform would succeed.

This “outsider” perspective combined with incredible drive and passion to learn has proven to be an advantage. Vow has invented its own pathway to creating cell-based meat at a fraction of the cost of their bigger peers.

George and Tim have also built one of the top teams in the world. They recruited a global expert in muscle development and attracted top-tier physical and software engineers. Recently, scientists from their larger competitors and renowned PhD programs have begun to make the jump to Vow. This deep tech team has the startup culture of "shipping every week" that drives a furious rate of experimentation.

Where to from here?

Vow are part of a huge wave of change that we believe will create important companies that move humanity forward. We're privileged to be joining them on this journey along with investors like Blackbird, Grok and Tenacious Ventures, that we respect and love working with.

If you're interested in eating something from the future, sign up to be a part of Vow's community here.