This week we’re talking to the Neara team, and their decision to rebrand from Power Lines Pro. A steller Series A funding round of $7.25m led by Square Peg Capital and also included investment from Skip Capital saw the company emerge as a leader in the digital infrastructure space. The team break down their hilarious meeting story, why the importance of infrastructure is always overlooked and how their software is transforming the future. 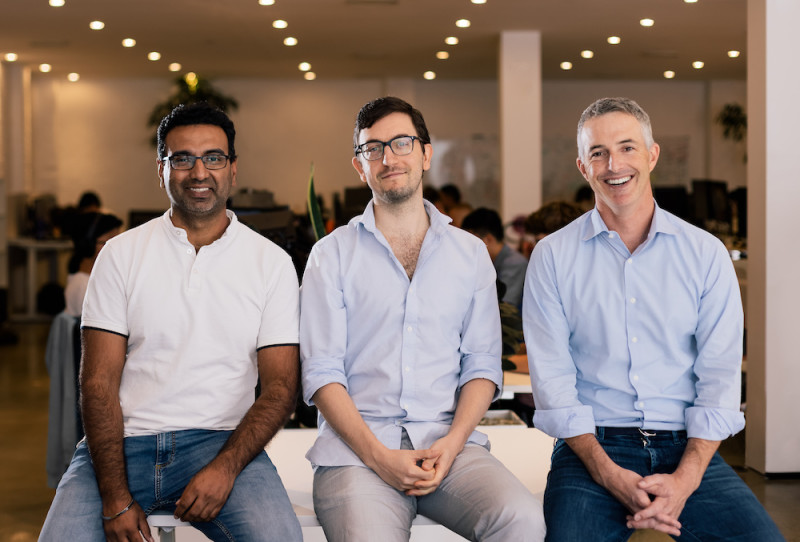 Daniel began his career as a software engineer for Google before moving along to roles at Dropbox and graphic design start-up Canva. At Google, he built (as a tech lead) the world's first web real-time collaborative rich text editor. The technology involved pushing the envelope of what was possible with browsers at the time, utilized operational transform algorithms for low latency typing, and an extensible API for rich collaborative objects. Before founding Neara, he founded the Helix Collective, a venture hacking partnership.

Daniel holds a B.S. in Computer Science from the University of New South Wales.

Jack Curtis’s childhood goal was to become a barrister, resulting in him joining the international commercial law firm Allens. He worked in the corporate department which took him to New York. Jack spent three years in New York eventually moving to work for leading global investment banking Goldman Sachs. Moving onto a role as the Director of Strategic Marketing for First Solar. Jack spent 12 years at First Solar, a 9b market cap global leader in solar energy. He was the international senior vice president at First Solar. He returned back to Australia where he sat as a director on the board of Clean Energy Australia.

Karam has worked as a software engineer and led major technology teams to deliver multi-million dollar projects at major Australian bank, Westpac, but it’s always been the product and development side of the business that has kept him fascinated. He began his career at IT company CSC before working as a Senior Developer at Macquarie Bank. His time at Westpac saw him develop strategic technology architecture as part of a major business transformation project.

Karamvir holds a Bachelor of Software Engineering and Commerce from the University of New South Wales.

Neara is a cloud-based enterprise SaaS platform making the most complex analysis, design and application accessible at every level of the infrastructure industry.

Founders Stories Podcast: Neara on Rebranding and Future of Infrastructure
By Imogen Baxter
Data-Driven from Day One: How to nudge your team towards a data mindset
By Orly Amir
Investment notes: Neara $7.25m Series A
By James Tynan
Why energy management is greater than time management
By James Tynan
Want to stay up to date with our team?
Join our newsletter.
SquarePeg
We partner with unique individuals building great companies
HomeCompaniesPeopleEthosBlogPrivacy PolicyContactPortfolio Jobs
Square Peg Capital Pty Ltd (ACN 164 352 229) is an Authorised Representative of Victoria Capital Pty Ltd (ACN 159 228 314) AFSL 428989